Siri Kaur is a special and rare artist emerging in Los Angeles in 2011 in a city where the competition is as fierce as it is bountiful. Siri Kaur does not fear competition. She thrives in it. What makes her special to me is that I know her personally and have gotten the opportunity to work with her in a collaborative venture called the "SEE THRU" Exhibition. We worked together in a group of  a dozen or more artists who collaborated with a scientist from Cal Tech in Pasadena named Shinsuke Shimojo. For the "See Thru" exhibition, Siri worked on "The New Zodiac" which revealed the way humans see the world using the eye tracking software in the Shimojo Laboratory at Cal Tech.
But that was way back in the summer of 2010. By New Year's 2011, Siri had hit the ground running and she wasn't looking back. I mentioned that Siri Kaur does not fear competition; neither does she fear exploring the scenes of the aurora borealis in the dead of winter in Canada, alone. Yes. She went off on her own, leaving her husband and family at home while she determined to go and explore an image of a memory that had once exhilarated her imagination and peaked her curiosity. OK, so Siri is way taller than me and she has a great deal of confidence that she may have earned on the way to growing up, learning poise, leadership and artistic persuasions not blessed upon us mere mortals who are almost five feet tall, like me. But Siri has these qualities and much much more. She is a formidable talent that deserves recognition for her ability to faithfully immerse herself in photography, education, science and art. Add to that her spunky personality, her effervescent joy for taking pictures and her eloquent manner in which she communicates her passion to her students and you get a dynamic bundle of skill and audacity. I just had to learn more about her which is what prompted me to write a story in "Fine Art Trekkin Los Angeles". And when that was not enough for me to capture what I could see with my own eyes, (but could not describe in text), I made a little documentary video so you could see what I see!


I see that Siri Kaur is an important artist who is making relevant art in the realm of photography. I see that she cares about her students and that she has an abundance of energy with which to contribute to her world, her society, and her genre. Keep your eyes focused for more enticing photographic surprises from this young artist and you will learn that while she's in the darkroom...stars are shining in her honor.


SIRI KAUR received her MFA from CalArts, her MA in Italian Studies and BA in Comparative Literature from Smith College. Her photographs have been exhibited in numerous group shows, including 401 Projects in New York, Hayworth Gallery in Los Angeles, the Torrance Museum of Art, and the UCLA Wight Biennial. Kaur's work is in the permanent collections of the National Gallery in D.C. and the University of Maine. She lives and works in Los Angeles, where she is currently a visiting lecturer at Otis College of Art and Design.


During the month of January 2011, Siri Kaur was exhibiting in three simultaneous art shows around Los Angeles County; Culver City, Beverly Hills and Glendale. I invite you to learn more about Siri Kaur by watching the video on YouTube or reading this blog which highlights some of her accomplishments. Siri Kaur is a member of Los Angeles Art Association/LAAA and where she often exhibits in Gallery 825 on La Cienega in Los Angeles. 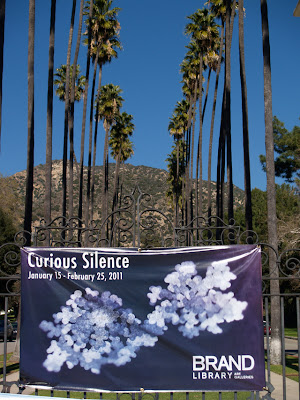 Photographic Work by Siri Kaur submitted from her originals:


FOR MORE INFORMATION ABOUT SIRI KAUR PLEASE VISIT HER WEBSITE:
www.sirikaur.com
Posted by Ginger Van Hook at 2:36 AM No comments: